IWD 2022: The Surprising Hidden Bias You Can Help Women Break 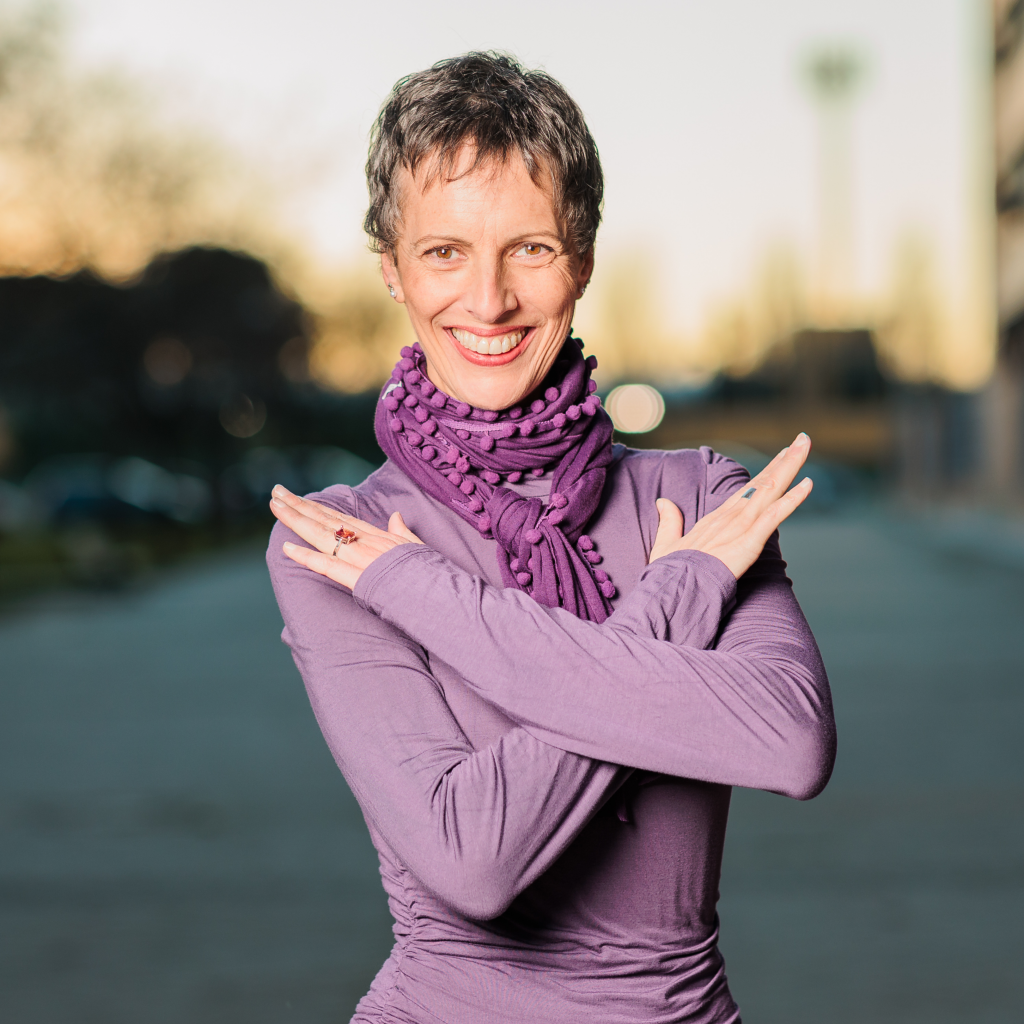 This post was published as the International Women’s Day 2022 blog by the Institute of Public Administration Australia (Qld).

As a woman with an Anglo-Saxon, Christian background, I know how privileged I am. I haven’t had to overcome race, cultural or religious bias. However, as International Women’s Day comes around again, it’s worth reflecting on how you can help women overcome these critical biases, as well as some less obvious ones.

My parents were loving,  supportive and believed in the value of a good education-another bias I didn’t have to overcome. My graduation from university was a big deal for my parents, who had been denied that opportunity due to their family circumstances.

My Dad was a truck driver who collected and sold glass for recycling. My Mum was Secretary to the head of the Department of Education until she was forced to leave when she married, then worked as a Secretary in the private sector. She was typical of her generation, a highly competent woman making men look good daily. I know first-hand what a woman with unrealised potential looks like as she raised me.

Both Mum and Dad were involved in community organisations and drilled a strong work ethic into my younger brother and me. We were taught to pitch in when the going got tough and not expect others to do what we were not prepared to do ourselves. In short, I was brought up to be a good team member, not an executive. I was biased against letting others do work I wasn’t prepared to do myself and I realise now, was often worried I wasn’t good enough. It wasn’t a recipe for a healthy life when working as an Executive in busy, highly politicised Government departments.

Despite all my advantages, I was pre-programmed to put limitations on myself. As a result, self-perception bias regularly raised its ugly head and held me back or drove me to work harder than required.

I’ve previously written about why being addicted to achievement blinds you to your self-worth. And I regularly fell into the trap of achieving to feel I was enough, as I assumed my performance was not as good as what other people saw.

I had a very competent assistant capable of more, so I asked her to learn how to manage our budget. I wanted her to be ready to step into a higher-level role. She said she wanted the opportunity, but her self-perception bias challenged her every step of the way. She was in my office multiple days every month, in tears, telling me she was hopeless, and it was beyond her. All I could see was a smart woman learning the ropes, who would get there with support and encouragement. The last I heard, she worked in a position five levels higher and made a positive impact.

Women need to know you see their potential. They need your encouragement so they can show self-compassion, understand what is holding them back, and safely experiment to see themselves as others see them.

You should assume all ground is fertile ground if you’re a leader. If you focus on how you can broadly inspire and enable your team, you may be surprised what your nurturing leads to and who grows the most. 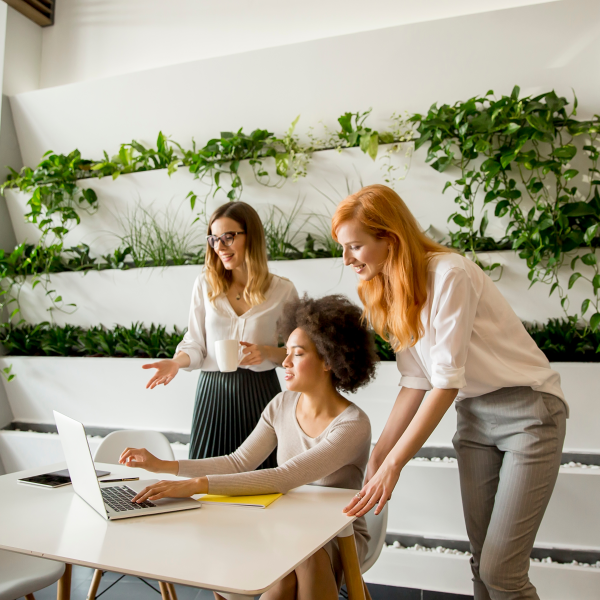 When I left my last executive role in the public service, I was floored when a woman who had recently moved into a completely different role, with a whole new career trajectory, told me it was because I helped her think differently about how she could impact the system in which we worked.

I’ve also learnt never to ignore a woman working in a role a long time. When I worked in industrial relations, I wondered why other people were being offered opportunities I would have loved and discovered it’s because they assumed I was happy doing what I was doing.

However, nurturing is not about treating everyone the same. When it comes to working with First Nations women or women who’ve grown up in a high bias context, you must actively look for opportunities to help them break through bias – their own and other peoples. Assume their different experience is a strength to be leveraged, rather than a disadvantage to be overcome. Think about how you can tap into their experiences as an opportunity for growth. If you’re working in a public administration role, who better to inform policies and programs than someone with lived experience?

I will always remember working with a promising First Nations mid-level policy officer preparing for the arrival of her first child. She had huge potential and after returning from parental leave, she worked her way up to the executive level and is making a greater difference for her peoples. Her achievement is hers to claim; however, she would also admit to the critical role other leaders played at crucial touchpoints. Imagine the loss if she had come across less than supportive leaders who made it difficult for her to be a Mum and have a career.

However, making it to the executive level does not mean the struggle against your own biases is over. Over the years, I have seen many amazing women hold back or spend countless hours putting in non-essential effort.

I coached a successful and well-respected senior executive whose self-perception was very different to how her colleagues perceived her. As a result, she put in more effort than was required and held herself back from emergent opportunities.

Fortunately, self-awareness, reflective practice and supportive relationships can set you free. It worked for me, and I’ve seen it work for other women, including this executive. 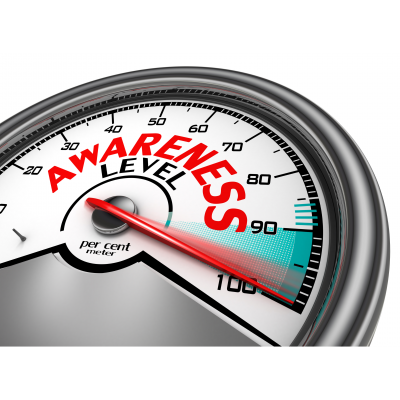 The first step to overcoming this challenge involves taking the time to understand your habitual patterns of thinking and behaviour. The next is learning to recognise those moments when you can make a different choice. My client did, and she tells me it’s had a significant impact on her self-belief. She’s made conscious choices to insert herself in situations she would have previously avoided. These safe to fail experiments delivered high impact results because she changed the feedback loop driving her thoughts and behaviours. Instead of feeling not enough, she opened herself up to noticing the positive signals from other people that she is a highly valued leader in her industry.

If you’re a bystander, you can help women like this executive by asking curious questions so they see themselves through another lens.

Self-perception bias is common amongst women. However, imagine if I was also a First Nations woman or a woman whose first language is not English. Imagine if I also grew up in care or my parents were incarcerated. Over the last thirty years, would overcoming my self-perception challenges have been an easier or harder story to tell? Sadly, I’m confident it would have been harder. So, let’s change the story and make the future easier for all women by breaking the bias.

Susanne Le Boutillier
Susanne Le Boutillier
Anyone who knows me will tell you I love a challenge, connecting with people and making a difference. Some might say I work too hard, but as a reformed workaholic I’ve finally found balance so I can spend more time with the people I love and enjoy my semi-rural life – chickens included. I believe everyone can change and our complex world can be navigated. Sometimes you do have to figure out how to reconnect with yourself first, but once you have figured out how to do this things will really start falling into place. 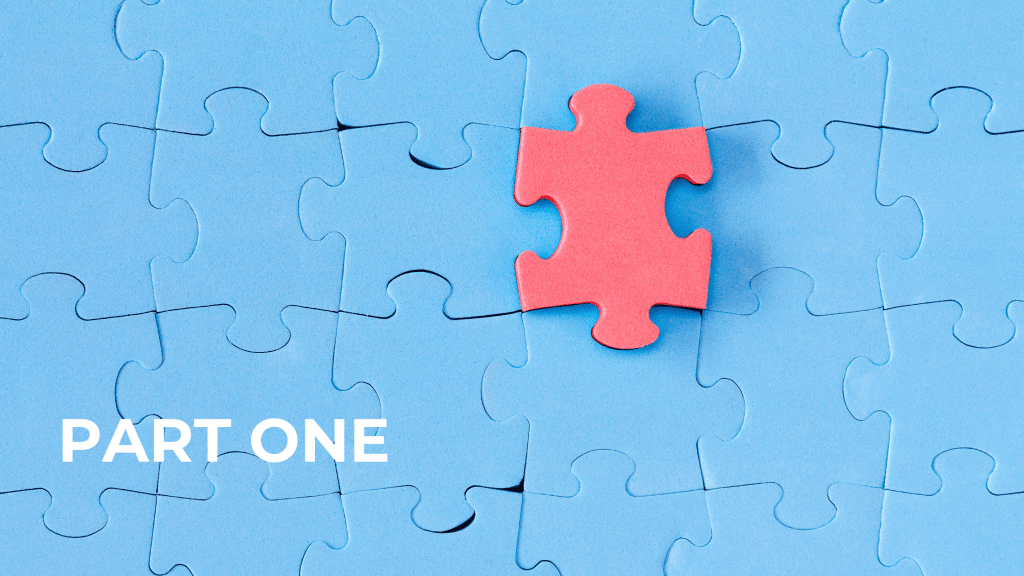 How to stand out with every interaction – Part one 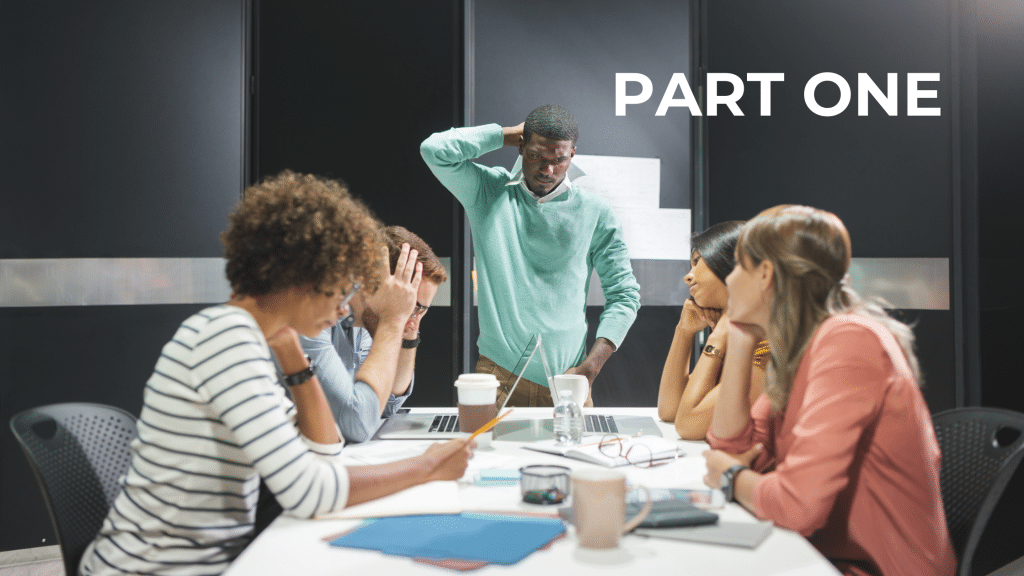 Is your team quietly screaming out for good conversation? Part one

Does your team have conversations that get results? Or do they have…
Read More 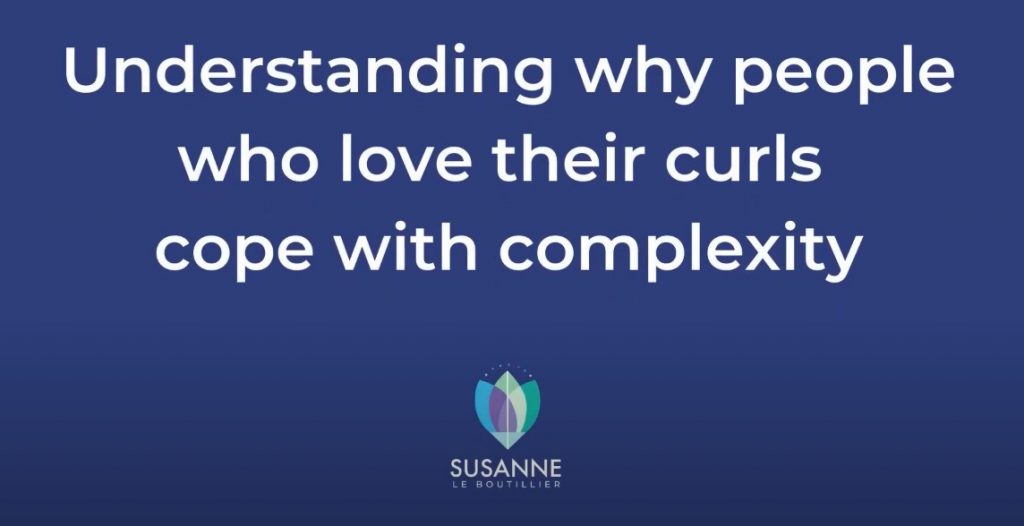 Understanding why people who love their curls cope with complexity

I share some tips and insights about coping with complexity from the perspective of someone who has finally embraced their curls. 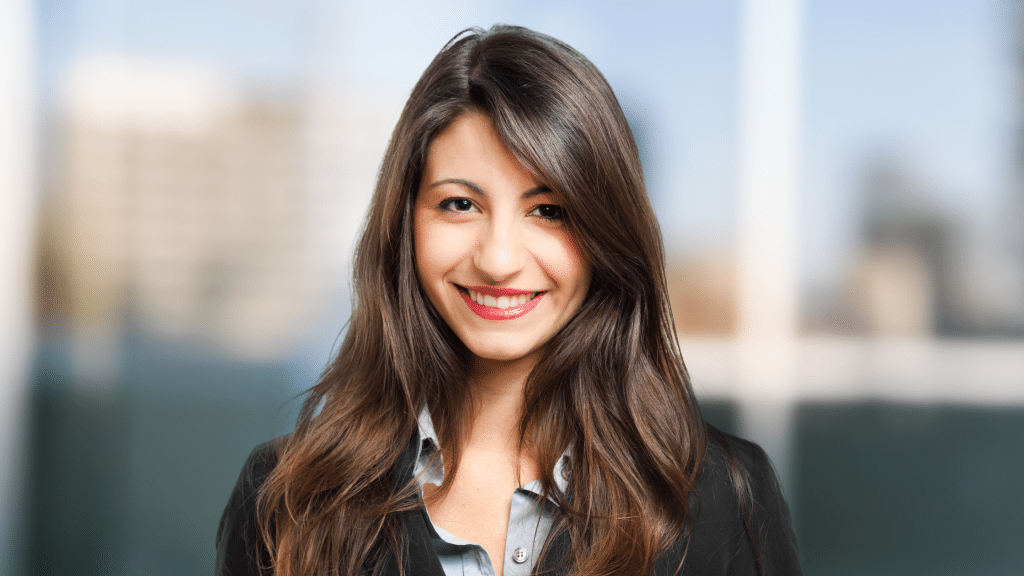 Why being addicted to achievement blinds you to your self-worth

If you have a high drive to succeed as a leader, you…
Read More 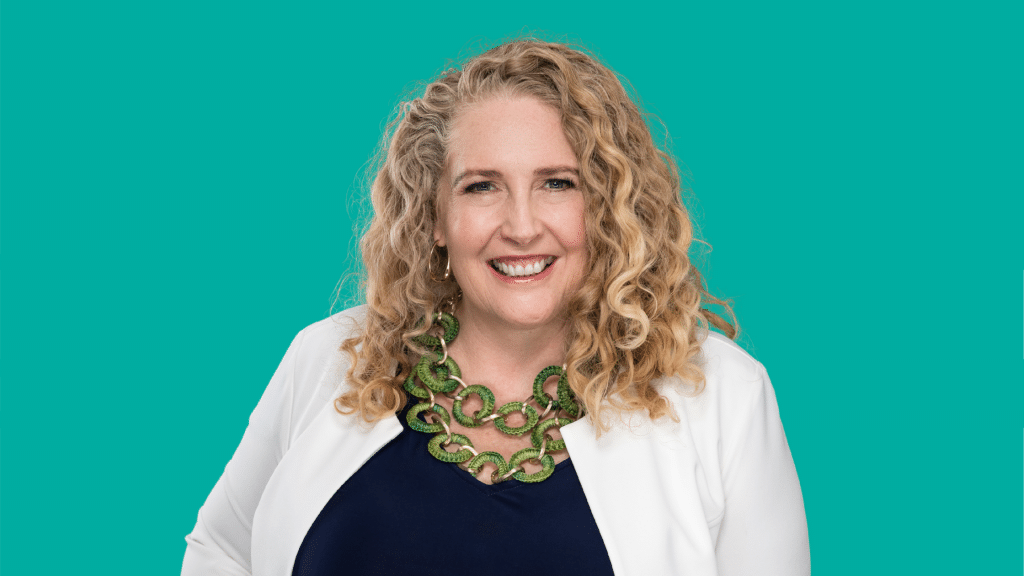 Are you failing your kids when you try to be a good leader?

As a leader, developing your leadership skills to leave the workplace better…
Read More

by EngageBay
Book A Call Today